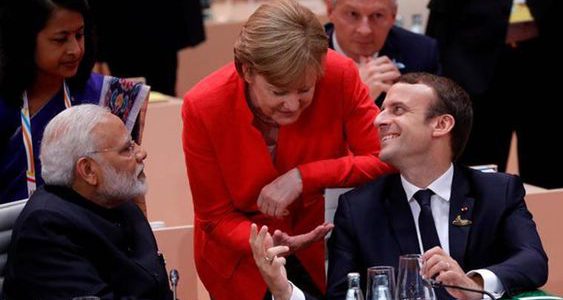 Prime Minister Narendra Modi met French President Emmanuel Macron here, and the two leaders spoke extensively on bilateral and global challenges, as well as agreeing on an ambitious agenda for the next phase of the India-France Strategic Partnership.

Modi landed here from Denmark on the penultimate leg of his three-nation European visit on Wednesday night and held extended talks with Macron, who was re-elected to the presidency less than a week ago.

The two presidents are expected to have discussed how to assure the stop of hostilities in Ukraine as well as how to lessen the global economic implications of this conflict. According to an Elysee statement, Macron talked with his Russian counterpart Vladimir Putin on Tuesday and asked Moscow to live up to its obligation as a permanent member of the US Security Council by putting an end to this terrible attack. 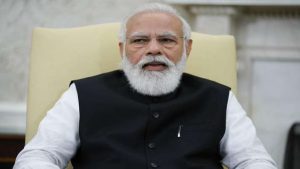 The Ukraine problem was also discussed at the second India-Nordic summit in Copenhagen on Wednesday, which was attended by Prime Minister Modi and his colleagues from Finland, Iceland, Sweden, Norway, and Denmark. India, according to Modi, feels that no country will emerge victorious from the Russia-Ukraine conflict because everyone would incur losses and there will be a “more serious” impact on emerging and underprivileged countries.

Another emphasis area of the talks was thought to be dealing with problems in the Indo-Pacific as China flexed its muscles in the region. Soon after his arrival, Modi hailed France as one of India’s most important partners, with the two countries engaging in a variety of fields.

Modi’s meeting with Macron comes days after his election triumph and is very meaningful. It sends a strong signal that the two leaders intend to make the Indo-French alliance a driving principle of their foreign policy for the foreseeable future, they said. It’s also a sign of the two leaders’ level of personal chemistry, which adds energy to our joint actions across all domains of collaboration, they said.

Modi was one of the first international leaders to meet with President Macron following his re-election last week. After Macron’s re-election, he congratulated him. His visit coincides with France’s presidency of the European Union. It also coincides with the 75 years of diplomatic relations between India and France.

Since 1998, India and France have had a diverse relationship in defence, civil nuclear, economy, space and maritime security, clean energy and environment, counter-terrorism, and people-to-people ties. India and France are founder members of the International Solar Alliance, which Prime Minister Modi declared during the UN Climate Change Conference in November 2015.

Both countries have a strong economic cooperation, with bilateral trade of USD 7.86 billion (2020-21) and cumulative FDI of USD 9.83 billion since April 2000. In India, over a thousand French companies operate in sectors such as defence, information technology, consultancy, engineering services, and heavy industries. Over 150 Indian enterprises employ over 7,000 individuals in France.

A thriving Indian diaspora in France strengthens the cultural ties between the two countries. Modi landed in New Delhi from Copenhagen on Tuesday and conducted “constructive talks” with his Danish counterpart Mette Frederiksen, as well as attending a business event to explore economic ties.Prime Minister Narendra Modi

Previous CNG price hike: Auto, cab drivers in Delhi to go on strike from today
Next PM Modi chairs a meeting to examine the state of wheat supplies, inventories, and exports