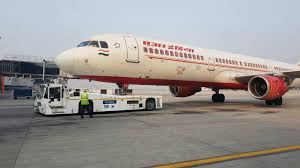 If the deal fructifies, it will mark the Adani group’s big-bang entry into the domestic airline market.

“The Adani group has engaged advisors and is evaluating submission of an expression of interest  at this stage. Their interest is preliminary and clarifications need to be sought from the government on the bidding process,” a source said.

Another source said the Adani group is looking at this opportunity, but is ‘yet to take a final call’. “With this transaction, the group can diversify and bolster their presence in the sector.”

The Tata Group, which operates Singapore Airlines and Air Asia, is also seen as contender for the mega deal. But on February 5, N Chandrasekaran, Chairman, Tata Sons, said it is ‘too early’ to take a call on Air India, in which the government has decided to sell its entire 100 percent stake. In 2018, the government had offered to sell 76 percent in the state-run carrier, but had failed to attract even a single bid.

In October 2019, a proposed deal between a Tata Group led consortium and GMR had faced a hurdle from the Airports Authority of India  which had opposed the transaction. The AAI cited its rule that bars groups that own airlines to also hold more than 10% in an airport operator. The deal was later called off and GMR struck a deal with France’s Groupe ADP.

Air India, along with its subsidiary Air India Express, commands 50.64 percent share of international traffic to/from India among Indian carriers and an 18.4 percent share, including global airlines, as of Q2 FY20. The two airlines combined control around 12.7 percent of the domestic market.